Nature Documentary with Fixer in Nepal

This was Himalayan Fixer’s first project in Bhadrapur as a Local Fixer in collaboration with Threemm Films as the Local Production Company and Smaragd Media taking the lead in the overall Production.

Carlos Andreas Jorzick, the head of production from Smaragd Media contacted Himalayan Fixer in Nepal asking for the production support services required to successfully film the story in Jalthal, Jhapa.

The five days project involved traveling to the eastern part of Nepal and filming the community forest of Jhalthal, Jhapa. As the initial preparation was done a month prior, the project was completed smoothly. There were few challenges that this project posed since it involved a sudden location scouting where the fixer in Nepal had to change plans and  confirm new accommodation for the crew. However, it was made sure that the client’s requirements were met.

Initially, Himalayan Fixer was contacted by Carlos Andreas Jorczik who had informed himalyan fixer about the upcoming shoot to happen in Nepal and required assistance of a fixer in Nepal. The inquiry was made two months before the shoot date and the fixer in Nepal had to apply for national filming permit, drone permit and manage accommodation and transportation facilities for the crew traveling for filming in Nepal in the next two months.

Himalayan Fixer, with the help of Threemm Films team, arranged all the necessary documents for the permit application and other logistics. A production company based in Nepal is needed to apply for Filming Permit in Nepal, hence,  Threemm Films was the local production company hired to fulfil this task. All the preparations were made in advance and had minimum to no chance of failure.

However, a slight challenge had arisen for the fixer in Nepal. The accommodation made at Birtamode, Jhapa had been canceled without informing beforehand. This came into the attention of the the fixer in Nepal two weeks prior to the crew’s arrival in Nepal. With the help of Threemm Film’s Team, the fixer immediately traveled to Birtamod the same day. Upon reaching Birtamod, the immediate action then taken was to assess and confirm a hotel for the shooting period. After the confirmation, the team returned to Kathmandu.

Upon the crew’s arrival, the team immediately headed for Birtamod, and reached the hotel. The next three days was critical and plans were made in place to smoothly complete the filming project. Extra caution was taken in terms of food and water.

The final day came as a challenge  due to the uncertainty in flight timings. However, luckily the flight was on time and the crew were able to successfully complete custom clearance before their flight back to Munich. The documentary shoot of the community forest of Jalthal was completed successfully by Himalayan Fixer in Nepal backed by Threemm Films as the local production company support. Filming in Nepal and not able to travel? You can hire Himalayan Fixer in Nepal who can provide videography services with remote direction.

BBC: The Travel Show will showcase the message of the locals, climbers and the authorities responsible for mountain conservation and the tourism ministry and its representatives. Dr. Sanduk Ruit, an ophthalmologist who has operated on 13,000 patients so far has not only adopted innovative surgical techniques for cataract but has dedicated his life to making sure that these methods reach Nepal’s most remote villages. He is the executive director of the nonprofit Tilganga Institute of Ophthalmology in the city of Kathmandu. His mission to restore sight to Nepal’s blind comes from his deep-rooted interest in improving healthcare inadequacies that cloud the country.

The international news agency, Flair Media’s interest in a short success story of the Nepali “God of sight” was primarily because of him completing 120 thousand cataract surgeries this year. Their inability to travel during the pandemic led them to contact Samson Karki, who indulges in documentary line production by attempting to convey stories that matter through the lens of pure observation. Samson Karki then contacted Himalayan fixer for a local collaboration due to our experience in managing projects that come through numerous news channels and media houses based in Nepal and elsewhere. This project was elevated because of Samson Karki’s visual narrative expertise and  Himalayan fixer’s profile accessibility prowess. European Microfinance award 2020 is a yearly award hosted to reward organizations belonging to the financial sector that provide efficient and effective savings programs to low-income and marginalized populations. This year, Nepal made it to the top 3. The Luxembourg-based media company got in touch with the Himalayan fixer in order to film the final video for the competition. Since we had the necessary crew and equipment to convey the right kind of story, we took up the project despite the hurdles that came our way. The video story put out by us won the European Microfinance award 2020 with Muktinath Bikas Bank securing a grant of 100,000 euros that they will now use to digitalize banking and making it more accessible to low-income communities all over Nepal. Ashok Pahari A.K.A Himalayan Fixer is also a co-founder of one of the best production house in Nepal known as Threemm Films. 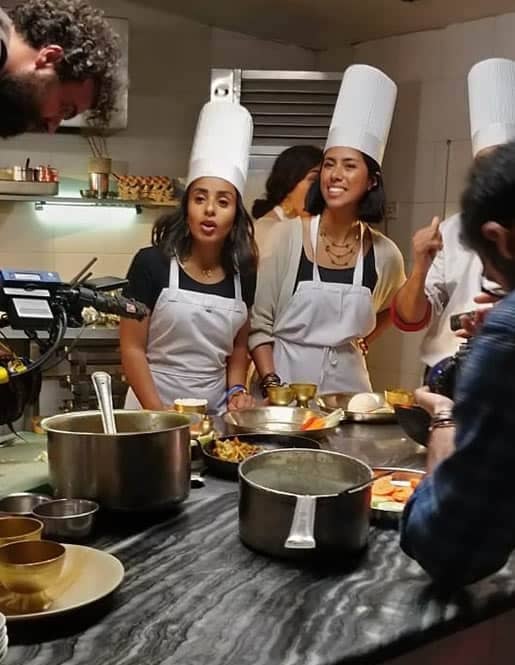 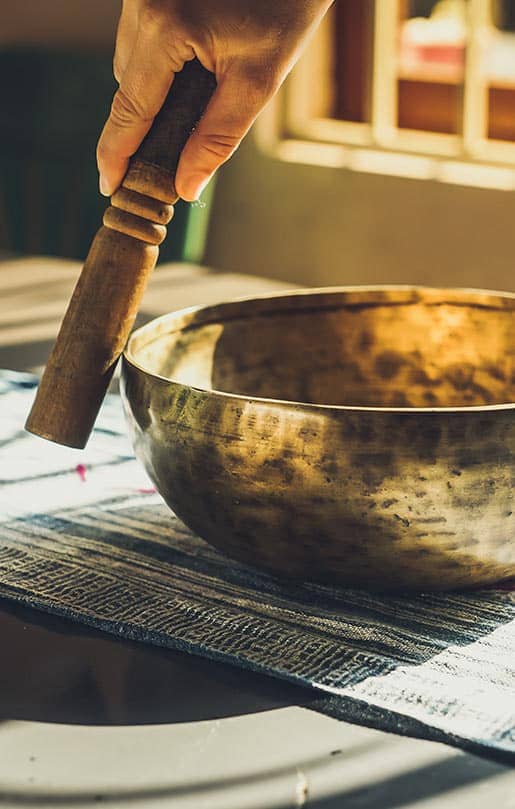 The Realm of Singing bowl is a documentary film about the traditional Singing bowls in Nepal. This project was to promote the singing bowls by telling the story of origin and its uses. Cordula from Maiden Kontor wanted to complete this project under 18 days of filming. The pre-production started with location scouting and research. We were extensively focused about finding the true origin behind the sacred Tibetan Singing Bowls.

The task was quite impossible as there were very few producers left who made genuine singing bowls. Especially, the Full Moon Singing Bowls. In the process of research we came across Santa Ratna Shakya, a traditional Singing Bowl Manufacturer and a Healer. He is considered the Idol in the spiritual healing sector. With further research, we got to understand the spiritual value of the singing bowls which originates in Nepal. How it can help develop a child from early fetus stage. We carried deep healing process, filming it throughout.

Fixer task was to assist the production crew in the scheduling and transportation. Time was of essence, the crew required to film the production process of the Singing Bowl, where handmade singing bowls took hours of hammering and forging. It required undivided attention to film the process as a skip in the process of forging could miss out the very essence of the film. Challenges were there, but so were the enjoyment of success.