This was Himalayan Fixer’s first project in Bhadrapur as a Local Fixer in collaboration with Threemm Films as the Local Production Company and Smaragd Media taking the lead in the overall Production.

Carlos Andreas Jorzick, the head of production from Smaragd Media contacted Himalayan Fixer in Nepal asking for the production support services required to successfully film the story in Jalthal, Jhapa.

The five days project involved traveling to the eastern part of Nepal and filming the community forest of Jhalthal, Jhapa. As the initial preparation was done a month prior, the project was completed smoothly. There were few challenges that this project posed since it involved a sudden location scouting where the fixer in Nepal had to change plans and confirm new accommodation for the crew. However, it was made sure that the client’s requirements were met.
Works Carried Out:
On Location Translation Production Support Permit Application Custom Clearance Recce & Location Scouting Transportation Accomodation Fixer
Team Members:
Gunther Willinger - Forest Expert & Journalist Andreas Carlos Jorczik - Production Head Ashok Pahari - Local Producer Bastian Vangierdegom - Director & Drone Operator Sascha L. Buma - Cinematographer/ DOP Florian Vangierdegom - Photographer Cornelius Benedict Eiler - Location Sound Recordist Threemm Films - Local Production Company
"The Project was completed with perfection with the help of Himalayan Fixer in Nepal."
Carlos Andreas Jorczik Smaragd Media

Initially, Himalayan Fixer was contacted by Carlos Andreas Jorczik who had informed himalyan fixer about the upcoming shoot to happen in Nepal and required assistance of a fixer in Nepal. The inquiry was made two months before the shoot date and the fixer in Nepal had to apply for national filming permit, drone permit and manage accommodation and transportation facilities for the crew traveling for filming in Nepal in the next two months.

Himalayan Fixer, with the help of Threemm Films team, arranged all the necessary documents for the permit application and other logistics. A production company based in Nepal is needed to apply for Filming Permit in Nepal, hence, Threemm Films was the local production company hired to fulfil this task. All the preparations were made in advance and had minimum to no chance of failure.

However, a slight challenge had arisen for the fixer in Nepal. The accommodation made at Birtamode, Jhapa had been canceled without informing beforehand. This came into the attention of the the fixer in Nepal two weeks prior to the crew’s arrival in Nepal. With the help of Threemm Film's Team, the fixer immediately traveled to Birtamod the same day. Upon reaching Birtamod, the immediate action then taken was to assess and confirm a hotel for the shooting period. After the confirmation, the team returned to Kathmandu.

Upon the crew's arrival, the team immediately headed for Birtamod, and reached the hotel. The next three days was critical and plans were made in place to smoothly complete the filming project. Extra caution was taken in terms of food and water.

The final day came as a challenge due to the uncertainty in flight timings. However, luckily the flight was on time and the crew were able to successfully complete custom clearance before their flight back to Munich. The documentary shoot of the community forest of Jalthal was completed successfully by Himalayan Fixer in Nepal backed by Threemm Films as the local production company support. 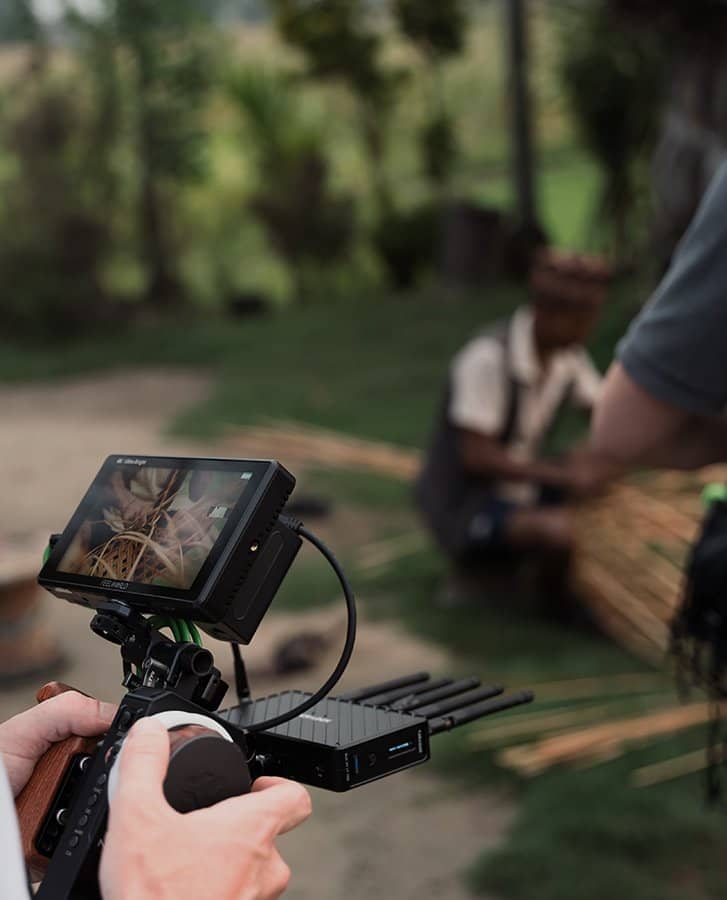 Carry out overall production design, schedules, filming permit and transportation.
Acquire National Filming Permit and Drone Permit swiftly and provide custom clearance dealing with all bureaucratic procedures.
Travel and Transport facilities for the entire crew from Kathmandu to Bhadrapur and within Bhadrapur.
Recce and location scouting and accommodation arrangements to be done before the crew’s arrival.
Consider all safety measures for activities concerning the shoot along with first aid kit and rubber boots.
Facilitate clients with on location translation.