Things to Know Before Applying for Filming Permit in Nepal

Applying for Filming Permit in Nepal? List of things you should know!

With its scenic locations, filming in Nepal seems to be every filmmaker’s dream. It’s not a hidden fact that Nepal is an open studio for filming. The Government of Nepal focuses on the continued development, retention, competitiveness, and enhancement of the country’s film and television industry. In addition, it facilitates and issues various filming permit in Nepal, promoting the region as a preferred filming destination alongside supporting the development and growth of the local film industry. The filming permit in Nepal provides access to international film crew to any location unless mentioned otherwise for filming and also encourages them in order to promote the filming industry of Nepal, worldwide!

Nepal Government grants filming permit for  Travel Shows, Documentaries, Short Films, Music videos, TV commercials, Feature Films, photoshoot, CSR videos, etc. All that the crew has to do is apply in advance for the filming permit in Nepal with the help of a Fixer in Nepal.

– Prepare a letter assigning Himalayan Fixer as the local coordinator/fixer in Nepal mentioning the services they provide.

– Fill the Application Form Provided by the Ministry of Communication and Information Technology.

– Prepare an Overview Synopsis describing the story summary of the film using a sample provided by your local fixer in Nepal.

– Prepare an Itinerary of filming in Nepal specifying exact dates of travel and locations from the time of arrival to departure.

– Make a detailed list of the crew with designation and a scanned copy of the passports of the crew.

– For Film Equipment to be brought in, provide the Equipment List with value, weight, and serial numbers for custom clearance.

While granting a filming permit, a Liaison Officer is appointed by the Ministry, to monitor as well as to facilitate production support at the shooting locations. The liaison officer’s duty is to facilitate foreign filmmakers filming in Nepal regarding the legal procedures and authorization of their film’s production. The officer deals with on-location local authorities and government bodies to aid in the entire process of filmmaking- from production support through to the final outcome.

After getting a Film Permit and the appointment of the Liaison Officer, The Film Development Board of Nepal provides a letter of guarantee assigning the fixer’s responsibility to ease foreign filmmakers to temporarily import filming equipment with exempt in customs duty. The Film Development Board provides the letter of guarantee to the Local Coordinator i.e. your local fixer in Nepal for the temporary import and export of film equipment.

For more information regarding the filming permit in Nepal, inquire with Himalayan Fixer in Nepal. 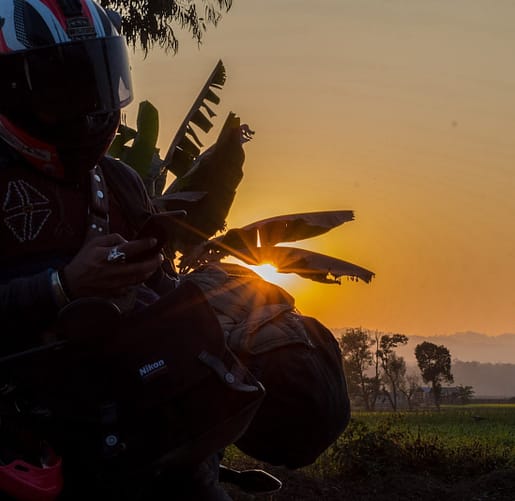 Nepal is a small,  landlocked country sharing its border with China and India. Since Nepal is mostly mountainous and has a rough and rugged topography, the transport system here is an intriguing phenomenon. The country’s transportation system poses great opportunities and risks all at the same time for film production. Roadways and airways are Nepal’s […]

Filming Permit In Nepal – Your ultimate guide for acquiring Filming Permit in Nepal. How to apply for a filming permit in Nepal? Applying for a Film Permit in Nepal is simpler and easier. As a tourism-based country, the government of Nepal supports international film professionals visiting Nepal. The nation has directed its focus to […]